QI OIL MHz+ CBD - 25% Full Spectrum
This product qualifies for free shipping
This block is set to appear automatically on products above a certain price, which may qualify for free shipping or other perks.
120.00€
Ex Tax: 120.00€
Add to Cart
Buy Now Ask Question
Add to Wish List Compare this Product

Our organism is faced with a momentous ordeal as it is forced to adapt to electromagnetic frequencies of such magnitude that they can pollute and alter our cellular communication balances. If our cellular communication is altered, disharmonies initially emerge in our system, which can become imbalances that can, in turn, turn into real dysfunctions and pathologies over time. By exploiting the properties of the oils (which are able to penetrate deeply and remain in the tissues), bio-frequencies (appropriately programmed using sophisticated equipment) transmit specific information through the epidermis to resolve a specific imbalance.Qi Oil MHz+, is a line of essential oils aimed at rebalancing and regenerating the body's cells to communicate better and regain their natural balance.

Cannabidiol CBD is a naturally occurring compound found in the resinous flower of cannabis, a plant with a rich history as a medicine dating back thousands of years Today, the therapeutic properties of CBD are being tested and confirmed by scientists and doctors around the world A safe and non-addictive substance, CBD is one of over one hundred phytocannabinoids that are unique to cannabis and give the plant its robust therapeutic profile.

CBD is closely related to another important active medicinal phytocannabinoid, the tetrahydrocannabinol THC, the compound that causes the high for which cannabis is famous.

But unlike THC, CBD does not make a person feel "or drunk." This is because CBD and THC act in different ways on different receptors in the brain and body.

CBD can actually reduce or neutralise the psychoactive effects of THC depending on how much of each compound is consumed Many people want the health benefits of cannabis without the high or with a lower high The fact that CBD is therapeutically potent, non-intoxicating and easy to take as CBD oil makes it an attractive treatment option for those who are cautious about trying cannabis for the first time.

Full spectrum CBD is derived from hemp and contains many cannabinoids in addition to CBD alone, including THC, along with other elements of the hemp plant, including natural terpenes, essential vitamins, fatty acids, proteins and more.

There are more than 100 compounds known as cannabinoids in the cannabis plant, one being of course cannabidiol (Other common cannabinoids you may encounter are):

Cannabidivarin (CBDV) has anti-convulsive, anti-inflammatory and anti-nausea properties, as well as its impact on pain and mood disorders. It is particularly effective in providing relief from the symptoms of Crohn's disease, HIV/AIDS and MS.

Cannabinol (CBN) sedative effect, together with anticonvulsant and anti-inflammatory properties.

The main advantage of full spectrum CBD oil is the positive effect when all compounds work in unison.

Full spectrum CBD also contains vitamins, essential fats and proteins. Vitamins A, C, E and B are found in abundance in CBD, along with up to 20 amino acids and essential fatty acids, such as Omega 3 and Omega 6. These amino acids speed up your body's ability to produce protein, improving recovery time, and the fatty acids are good for heart health.

THE METHODS FOR TAKING CANNABIDIOL (CBD) OIL ARE:
ORAL ADMINISTRATION BY INGESTION OR APPLICATION UNDER THE TONGUE.
Oral administration involves ingestion and, as with all things, it must be borne in mind that the substance first passes through the liver where, inevitably, some of the cannabidiol CBD is metabolised. Consequently, an increase in the intake dose must be reckoned with, as the amount of cannabidiol actually taken may be reduced at the end of the metabolic process. This allows the oil to pass directly into the bloodstream, through capillaries in the mouth and under the tongue (a highly vascularised area). Cannabidiol does not 'dissipate' and performs its function in a very short time, almost immediately.
TOPICAL USE OF CBD OIL
CBD oil in cosmetics involves various types of activity It has a protective action on the epidermis and a strong antioxidant function Cannabidiol oil is usually mixed into other creams or cosmetic products to be applied locally to the skin to treat a particular condition of the dermis. CBD oil, as well as exhibiting antioxidant properties, also has an antiseborrhoeic function by acting on particularly oily skin through its antibacterial capabilities It is always good to remember that cannabidiol (CBD) taken through the air (i.e. vaporised or smoked) has no action on the skin. CBD oil should be applied directly or diluted in other creams to the affected area of skin The oil is applied gently and left to work The amount to be used is variable and depends on the individual To appreciate the benefits, it is not a matter of minutes, but rather a long-term use of CBD oil.
HOW MANY DROPS OF CBD OIL DO I NEED TO TAKE TO GET BENEFITS?
Each person reacts differently, so it is advisable to start with one dose and test it for a period, then possibly increase it and evaluate again until the desired effects are achieved. Let's take some practical examples and see the recommended dosage to start with: considering a CBD oil (25%), you can start with 1 2 drops a day for at least 10 days and after this period increase the dosing sessions if necessary, to 1 2 drops in the morning and 4 5 drops in the evening. This dose is recommended if you have mild pain, digestive problems and a feeling of tiredness. If you have more serious problems, such as stress, profound fatigue and anxiety, you can start with 5 drops in the morning and 5 drops in the evening, or alternatively 10 drops in the evening for a period of two weeks, and increase the dose slightly if the desired effects are not achieved. The dosage of CBD oil essentially depends on the type of disease being suffered and, above all, on the symptoms and reactions of the individual, so the number of drops should be tested and adjusted from time to time. Generally speaking, the recommended dose is 10 drops a day for moderate symptoms and around 15 drops a day for more important symptoms. The only common denominator to always consider is consistency: once you have started taking CBD oil, it is essential to continue for a few weeks before assessing the effectiveness of the chosen dose, as it is one of those products that needs time to take effect.

SOME OF THE RESULTS CONCERNING THE EFFECTIVENESS OF CBD FOR SPECIFIC CONDITIONS.

CBD AND SIDE EFFECTS AND INTERACTIONS

CBD has no particular side effects, and is well tolerated by the human body even at high doses. Some contraindications have been noted, such as a slight drop in blood pressure, a feeling of tiredness and light-headedness, and dry mouth, but these side effects are generally not debilitating.

We recommend reading a publication by the World Health Organisation on cannabidiol. In particular, some studies have investigated the interaction between cannabidiol and certain liver drugs. In these cases, and in all those in which CBD and drugs are used concomitantly, we recommend seeking medical advice in order to take a product with a higher safety profile.

Any doubts? Need more information? Write to us at info@green-shield.eu
Quickview 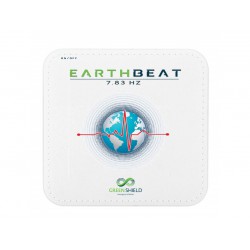 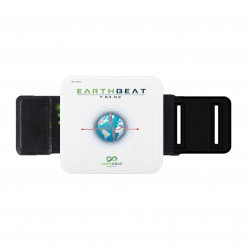 EarthBeat 7.83 Body
Earthbeat is a device that reproduces the 'beat of the earth', the Schumann Resonance at 7.83Hz. When properly worn, it synchronises human cells to th..
195.00€
Ex Tax:195.00€
Add to Cart
Add to Wish List Compare this Product
Buy Now Ask Question
Quickview 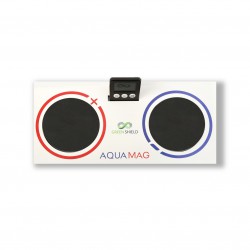 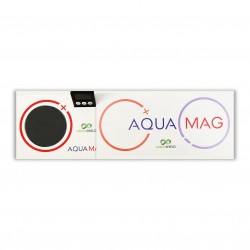 AQUAMAG
Water is the main constituent of the body, and can be more than 75% of the human body. Cells, tissues, organs and entire apparatuses are made up of wa..
165.00€
Ex Tax:165.00€
Add to Cart
Add to Wish List Compare this Product
Buy Now Ask Question
Quickview

QI OIL MHz+ BALANCE
With Innovative Biofrequency SystemOur organism is faced with a momentous ordeal as it is forced to adapt to electromagnetic frequencies of such magni..
37.50€
Ex Tax:37.50€
Add to Cart
Add to Wish List Compare this Product
Buy Now Ask Question
Quickview

QI OIL MHz+ CINNAMON
With Innovative Biofrequency SystemOur organism is faced with a momentous ordeal as it is forced to adapt to electromagnetic frequencies of such magni..
58.00€
Ex Tax:58.00€
Add to Cart
Add to Wish List Compare this Product
Buy Now Ask Question
Quickview

QI OIL MHz+ EUCALYPTUS
With Innovative Biofrequency SystemOur organism is faced with a momentous ordeal as it is forced to adapt to electromagnetic frequencies of such magni..
48.00€
Ex Tax:48.00€
Add to Cart
Add to Wish List Compare this Product
Buy Now Ask Question
Quickview

QI OIL MHz+ LAVANDER
With Innovative Biofrequency SystemOur organism is faced with a momentous ordeal as it is forced to adapt to electromagnetic frequencies of such magni..
56.00€
Ex Tax:56.00€
Add to Cart
Add to Wish List Compare this Product
Buy Now Ask Question
Quickview

QI-33 EXCLUSIVE
With Innovative Biofrequency SystemOur organism is faced with a momentous ordeal as it is forced to adapt to electromagnetic frequencies of such magni..
75.00€
Ex Tax:75.00€
Add to Cart
Add to Wish List Compare this Product
Buy Now Ask Question